This article is an excerpt from our design book Contrast: Intro to Designing beyond form and function.

Color, when used appropriately, can be a very powerful design tool. When we design things, whether it's art, architecture, products, whatever, we try to convey meaning or provoke various emotions through visual cues and indicators. To make sure that your message is coming through loud and clear, to obtain the desired reaction from the audience, we must understand the underlying ideas and vibes and mechanisms that our designs utilize.

As different colors are used by all kinds of people, of different cultures, groups, industries, and the like, colors invariably have tons of associations and meanings assigned to them. A quick online search of the term “color meaning” will yield hundreds of results, with sources ranging from psychological studies to horoscopes.

There is too much subtext and history associated with every color for the scope of this post, but an attempt has been made to pick out the most common themes, associations, and ideas that colors have all around the world. These commonalities generally stem from shared experiences that people have with these colors; the sky, sun, water, blood, fire, nature, etc., and it is these influences that shape our perceptions and meaning of colors. Using this knowledge coupled with new global surveys, we can piece together a modest, generalized, description of color associations, which can be utilized to help us convey meaning.

So let's jump right in and learn some affective traits of colors!

As a dominating color, red can take on a variety of meanings. It is the warmest and most dynamic color, which triggers mixed emotions like passion, danger, love, and anger. However, unifying factors is conveying or projecting a sense of importance, action, and power.

In design, red is great if you want to draw attention to a particular element. It is bold, it adds gravity and heightened awareness, and it is usually the first color the eye will be drawn to. It can inspire people to take action. But it is best used in moderation as it can be overwhelming. It is said that too much red makes people feel tense and will inhibit relaxation.

Orange shares a lot of red’s energizing aspects, but to a safer degree. Like red, it draws attention and creates movement, but it is not as overwhelming. It is aggressive yet balanced.

In design, orange is great to highlight certain elements or be a great call to action. It is energetic but also inviting and friendly. It can make a large statement without being too loud. It should generally be used as an accent color though, as too much of it can quickly overwhelm. It is also said that adding orange can make something feel less expensive or elegant (conversely, see purple).

Yellow is a strange color. It is often associated with happiness and energy, but it can also activate feelings of anxiety. Similar to red and orange, its bright color catches the eye and can be stimulating to the viewer with a call to action (such as taxis or warning signs). But again, too much of it can easily overwhelm and even irritate the eyes, as yellow tends to reflect more light than other colors, which can strain the eyes if overused.

Other associations with yellow are spontaneity, laughter, hope, and sunshine. Lighter shades take on more of the happiness aspects, reminding us of summer. Darker shades tend to add more weight and give a sense of antiquity.

In design, yellow can be used to grab attention in an energetic and comforting way, and yellow accents can provide a sense of energy which can make the viewer feel optimistic and cheerful.

Green bridges the gap between warm colors and cool colors, which makes it balanced between stimulating and calming.

Since it’s the color of healthy plants, green has a heavy mental link to nature, health, outdoors, and the environment, making it the go-to color for organic and eco-friendly oriented designs. It also has a lot of positive associations with it as well (health, wealth, growth), which is often used as “green = good”.

Also, in design, green can create a relaxed, calm feeling or balance out a design, and it can be a very easy color on the eyes.

Blue is the most popular color. This is probably since people generally associate it with calm, stability, and safety, due to its close link to the sky and fair weather.

Light blue is the color of the sky and water, so it generally has a refreshing and free feeling, and can be energizing and friendly if bright enough while still retaining calm. Darker shades are generally more somber and colder but are said to convey a sense of professionalism (think business attire).

Purple, being the transition between blue and red, is a mix of their aspects as well. It has a very long history of association with royalty (due to the expensive dyes required to make it, nobility was the only ones who could afford it). It’s rare occurrence in nature may have added to its allure as sacred and mysterious.

Lighter shades can evoke feelings of spring and romance (it is the number one choice for bridesmaids’ dresses), and it can be soothing and calming.

In design, purple can be used as a quick way to create a sense of high-end luxury, appeal, and elegance (conversely, see orange), and it is often seen as a grown-up, mature pink.

SIDE BAR: It is said that with the combination of blue’s calming effect and red’s stimulation; purple can heighten creativity by simultaneously stimulating the senses and promoting the necessary quite to make observations.

Pink is a color with a very heavy self-perpetuating cycle of use and meaning, which means it has an obvious impact after being used in such a way for so long. It is primarily considered a feminine color, but it’s also linked with children and candy, which can give it a sweet and innocent appeal. It is also traditionally used with romantic and cute themes alongside red and light purple.

In design, pink is popular for targeting a female audience, or designating something as feminine. This connection shouldn’t be overdone, because you may wander from appealing use to pandering to gender stereotypes.

Brown has a very strong connection to the earth with rocks, dirt, sand, wood, etc., which give it many natural connotations. It is considered a warm-neutral color and is sometimes considered a “cozy” color. This along with the earth connection can create a sense of stability, approachability, and belonging.

It’s strong association with wood and leather, and with the ancient history of those materials also can give it an old fashioned or well-established vibe.

In design, brown is often combined with green to create an outdoorsy, natural, feel. Darker shades can replace black to make something feel more warmth, while lighter shades can be used as neutrals to function as a backdrop.

As the middle ground between black and white, gray exudes neutrality; not purveying any particular emotion. Along with this, gray is associated with negotiation and diplomacy. Sometimes it can have a gloomy, depressing vibe, as it’s the color of overcast and rainy skies.

Gray really doesn’t stand out on its own, which have given it a conventional and reserved aspect. This, along with the diplomacy aspect, has probably added to its connotations with formality, seriousness, and maturity.

In design, dominant use of gray can be subduing, for better or for worse. By varying the value of gray, it can take on the properties of black and white. So, if black is too overbearing, try dark gray, if white is too boring, try light gray. 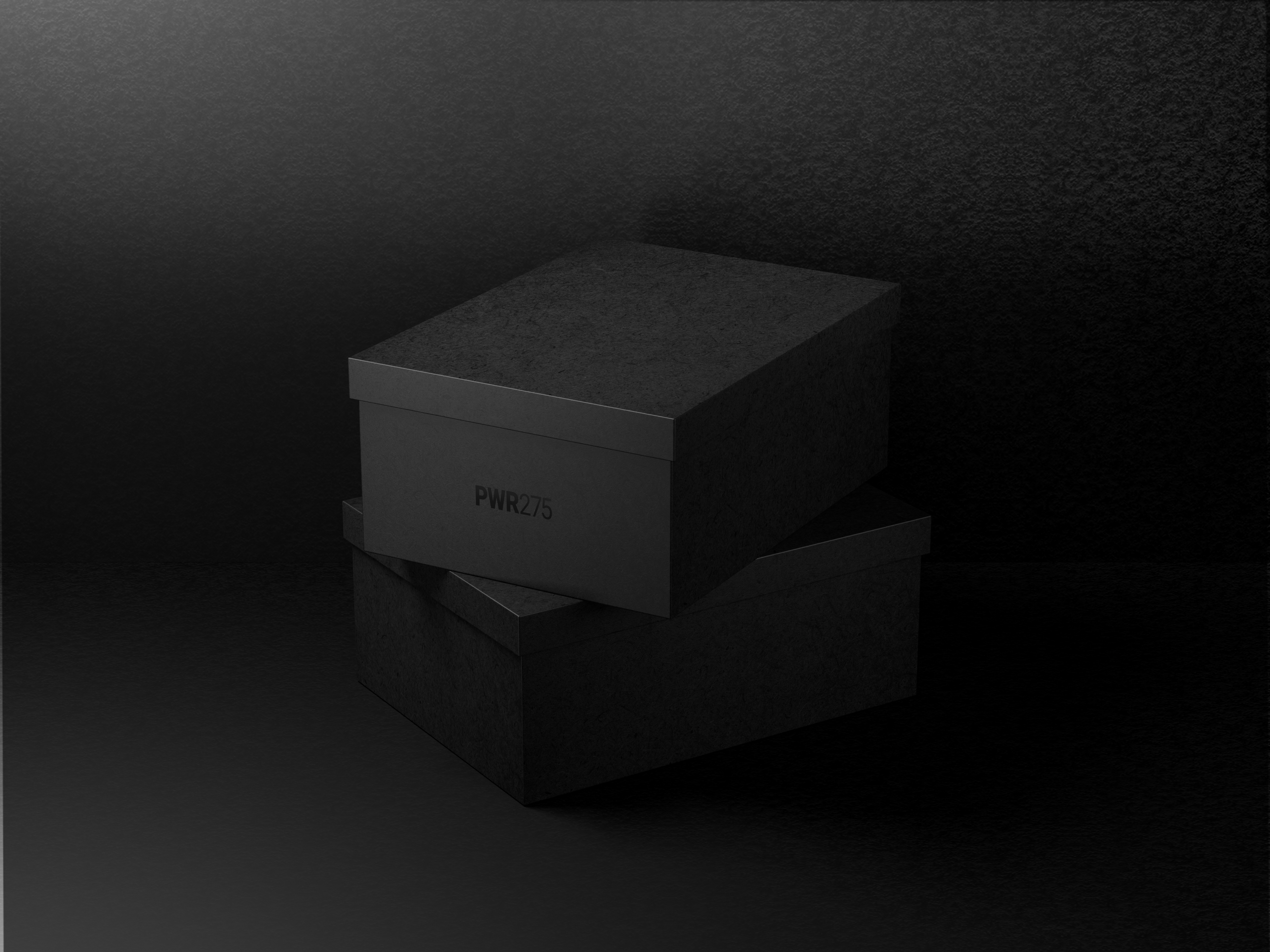 Black, absorbing visible light leaving it devoid of color, leaves a lot to the imagination. This makes it a difficult color to describe and categorize, and many of the emotions that people say it wields are contradictory.

Most people describe black as powerful, foreboding, and luxurious, which is why it’s the most popular choice for luxury vehicles and packaging. It is like purple and can add a feel of elegance and sophistication, but with a more confident vibe, but in context it can feel intimidating and unapproachable as well.

In design, as black is the most outstanding of all colors, it is often used sparingly as to not overwhelm (such as for text). But it can work well as a primary background color to contrast the foreground.

As white is literally the opposite of black, it tends to be the least outstanding color and sinks into the background. However, in doing so, it generally helps anything in the foreground stand out. This has given it the feeling of sterility, cleanliness, freshness, and spotlessness, which in turn is associated with purity and virtuousness. It can also sometimes feel uncomforting and cold.

In design white is the most neutral color and it pairs well with just about any other color. As a supporting color, white can draw out elements of more stimulating colors. In a primary role, white evokes a modern, clean, and minimal aesthetic.

Whether you are in graphic design, interior design, web design, architecture, industrial design, you can use these these psychology of color design principles to push your creations to their full potential. By affecting people's emotions correctly, you can create a stronger link between them and your design, which will leave lasting impressions.

If you found this interesting or useful, check out our post about shape psychology in design and how to utilize that to your advantage!

Stepping into the Wide World of Watches

Stepping into the Wide World of Watches